What an amazing few days! I think I always say this... but I just find enjoyment and awe in the experiences given to me!

Rewind a couple months... I got a call from my sister and she told me she had volunteered me for something. Smiling, I asked what I had in my near future! She relayed that her stake was doing a Book of Mormon trek for their youth and they were looking for a song to start the trek with. She wanted it to be featuring Sariah and her family and the strength and courage it took for them to pick up and leave all they had known. So, my sister, Tina and I started hammering out some lyrics. It was so fun to work with her on this! We would talk and brainstorm and come up with some, then walk away and come back again later to hash it out some more. Eventually, we had what we felt was a song that relayed the feeling and courage and faith that it would have taken to follow the Lord and His prophet. I took those words and almost immediately heard a tune in my head that I scribbled down as fast as I could. Within days, I was texting Tina little recordings as I finished them. It was an amazing experience! We would tweak and fine tune over the next couple months until, what we felt was the song as Heavenly Father intended it to be. I Will Go was born and took on a life of its own! It became a stage song and was brought to life by some amazing singers from her stake and my brother, who played Laman! We were then asked to do a reprise for the Latter-day youth of the same song! This flowed so well and we both knew that it was needed before they asked. The kids and adults loved it! Many said that it was the perfect open to the trek and that they were grateful for the spirit that it brought. The closing reprise song ended up needing to be done acapella and they rocked it! I was just grateful that my Heavenly Father trusted my sister and I with such a beautiful song. And a huge thank you to the Oak Hills Stake in Provo, UT for giving us the opportunity! I had an amazing time up at the trek and was filled and refreshed while I was there. Many friendships made and laughs were had. I even got to spend some time with a most beloved Seminary teacher from my highschool days. What a treasure the week was! I will be forever grateful I was able to be there!

So, that's the short story of how it came to be. On a little more personal level, this song was exactly what I needed at this time. There were changes going on in my home that gave me a heavy heart. I was struggling with my faith and how agency can affect our lives. As this song came to be, and as I wrote the music and sang it over and over, my own testimony was strengthened. This life takes so much faith and courage. As difficult as agency can be, it is what our Father wanted for us. We must trust that He knows the plan for each of us. We must trust that He loves us more than we could ever understand. We must trust that the Atonement is real and that the Savior lived and died for each of us, that we may be forgiven and be made whole. And in the meantime, we must do all that we can to be our best selves. We need to try to be a little better today than we were yesterday and remember that tomorrow is a new day. We can start by loving those around us. Choose kindness. Be the bright moment in someone's day. Follow the Savior and you can never go wrong. 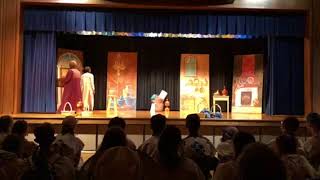 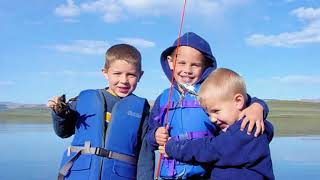